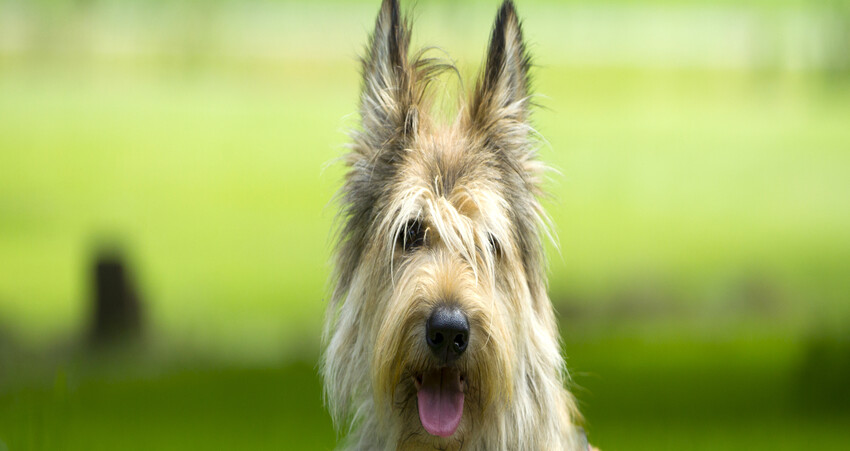 He shares his life with two marvelous Polish Lowland Sheedogs, Frodo and Wojtek, who gave him a nickname, the Friendly Giant!

Elroy is very sociable both with humans and dogs.  He has a bright mind and can be mischievous at times like any Picard. Life has treat him well.  Elroy lives on a little estate of several arpents where he can explore woodlots and even have a swim in the lake.

Elroy had fun at his first CKC show in February 2017 and caught the eye of everyone.

Elroy has been tested for hips with a Good rating and his elbows are normal. He will shortly be tested for his eyes.

His health test results can be viewed here.

Elroy even as a blog and we can read his daily adventures humorously described by his mate Viktor!

Linda Wozniak and her boy Elroy!

Our dogs are registered with the CKC.

We are also pleased to be a member of the National Breed Club: Berger Picard Club Canada.

We are also a proud member of the French Club Les Amis du Berger Picard.